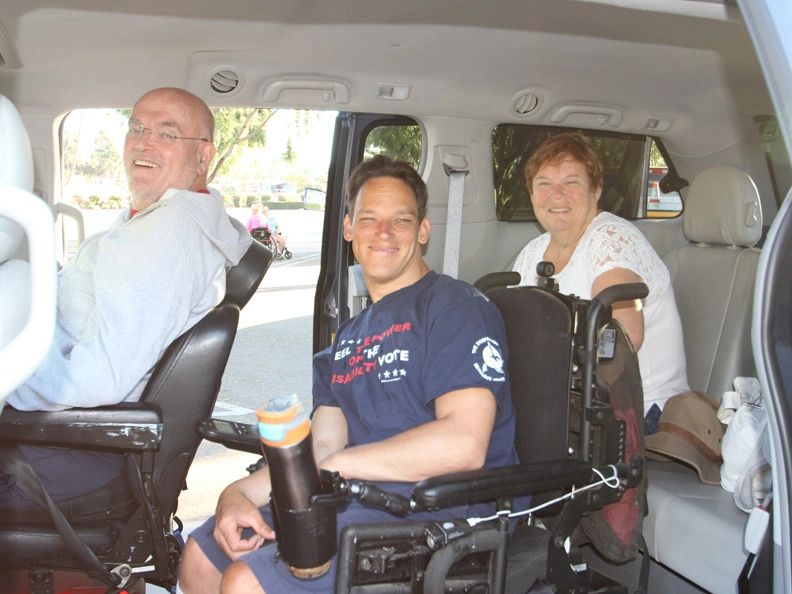 It goes without saying, as it is often said, but I must tell you that we have something here and more.  A vehicle, one without boundaries or limitations and the belief that anything can be done, that drives the heart of this foundation.  It is not the Walking Trout; it is the Campers who bring the weighted portion of spirit to these trips. We just provide a bit of opportunity.  A lucky 13 people took this opportunity and we managed another epic camping trip.

The process is simple.  We meet a group in a parking lot, load up a bunch of un-necessities, and head out on the road where the conversion of strangers to friends begins. We changed nothing this year, except location.  The WTF torch was taken to the Ventura-Santa Barbara area.  It was passed directly into my hands, and I enjoyed every minute of this opportunity.  So, the first person to thank for the success of this year’s trip is the Lord of Lone Pine himself, Mr. Steve Ashburn.  Without you, this would not be, and it must not go without saying.

To friends and family who generously contributed time, money and good cheer, your wealth of support and encouragement is so well received, and it is shared with exceptional people. Some of their words are selected here:

Words from a Camper:

I’m unable to find the words to express just how grateful and appreciative I am for the opportunity to join the merry band of mountain campers.  It’s hard to believe that I didn’t dream the whole experience but my clothes smell like a campfire and I still have some pine tar stuck in my hair.

Today on TV there was a movie from 1953 about 2 fishermen going on a trip to Mammoth Lakes. It was filmed in the Alabama Hills and Owens River Valley area.  I have photos of the rock formations where it was filmed.  It’s called the “Hitch-Hiker”.  So glad we took that side trip after our pizza lunch.

I noticed the abundance of love and kindness from everyone who’s in the Walking Trout foundation/brotherhood/cult and that is what makes this event extra special and the time of our lives. Love you right back… I thank you and long live Walking Trout!

Words from Another Camper:

First off want to give you a HUGE THANK YOU!!! For an amazing trip and experience.  It would be easy for you to go on these trips with your other friends, but you decided to take on the challenge and expense of inviting and investing in people who have challenges.  People who normally couldn’t go on their own you made it possible for us to go camping.  Hope we can keep in contact.  Thank you again and God bless you.

Special thanks must go to:

Paige Schaefer, for sewing up our abused tents; Andrei Barbrow, for joining the battle to acquire new WTF tents at the REI garage sale; Brian Hicks, for your generator’s uninterrupted supply of energy to charge wheel chairs at camp; Erin Wolfe, the Devil’s Postpile Park Ranger who, for the last two years, provided well delivered tours and good humor; Ted Pedersen, the Whitney Fish Hatchery Docent who provided a grand historical tour and offered us a lifetime of unrestricted fishing privileges at the hatchery lake (if only in our dreams).

CHRIS, DAVE AND JAN GET READY FOR THE ROAD TRIP

NO FISHING RODS ARE ALLOWED AT THE MT. WHITNEY FISH HATCHERY

TED TALKS AT THE FISH HATCHERY

STEPHEN, MIKE AND KYLE KICK OFF THE WTF FISHING DERBY

THE SHORES OF ROCK CREEK LAKE

KIM POSES WITH A RAINBOW TROUT WHILE DAVID LOOKS ON

GOURMET SANDWICHES AT THE INLET

LUNCHTIME’S OVER… BACK TO THE FISHING DERBY

KIM SOAKS IT ALL IN

CHRIS SHOWS OFF HIS CATCH

KIM AND CINDY TAKE A BREAK FROM THE ACTION

ALL OF THE GROUP

TAKING GONDOLAS TO THE TOP OF MAMMOTH MOUNTAIN

HEATHER AND KIM IN A “SISTERS ONLY” GONDOLA

TONER, JIM AND DIANNE WAIVE TO THE CAMERA.  MOSTLY DIANNE.

STEPHEN, KYLE AND MIKE PREPARE FOR THE DESCENT

RANGER ERIN PREPARES THE GROUP FOR THE TRAIL

DIANNE AND COMPANY ON THE JOHN MUIR TRAIL, ALONGSIDE THE SAN JOAQUIN RIVER (MIDDLE FORK)

RANGER ERIN EXPLAINS THE PROCESS OF THE FOREST RETAKING THE MEADOW

OUR FIRST VIEWS AT THE BASE OF THE DEVIL’S POSTPILE

RELAXING AT THE POSTPILE

ENJOYING LUNCH IN THE SHADE

JIM SHOWS EVERYONE WHERE THE STREAM IS

DIANNE COMMUNES WITH THE EASTERN SIERRAS

MIKE AND CHRIS CHILL AFTER LUNCH

CHRIS AND MIKE KICK OFF THE CAMPFIRE

LAST CAMPFIRE OF THE TRIP

WTF COMEDY NIGHT AT THE CAMPFIRE

FOREST CAMPING AT ITS BEST

ERIC DELIGHTS THE CAMPERS WITH HIS EPIC BLUEBERRY PANCAKES

A SQUIRREL’S VIEW OF OUR BREAKFAST

JESSE, CALLIE AND CINDY AND THEIR SIERRAN HOME

KYLE, MIKE AND STEPHEN CLOSE OUT THE TRIP

CHRIS AND BILL AT TRIP’S END

THANK YOU TO MIKE FOR PROVIDING THE FISHING TROPHY

FOR THE MEANING OF THIS PHOTO, YOU HAVE TO READ THE 2014 TRIP LOG

LUNCH AT THE PIZZA FACTORY IN LONE PINE.  WESTERN MEMORABILIA HANGS FROM THE WALLS.

THE MEAL, AND THE TRIP, DRAW TO A CLOSE